The Reportage Club is a simple concept.

The Museum of Community Media is the archive site for the Citizens Eye community media project.

The ultimate aim is to build a searchable archive of Leicester’s social history through social media.

If you are interested in Documentary Media – film, photography, audio and new media – the flipboard will interest you. 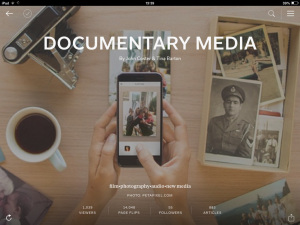 The 2015 theme is Global Citizens and will be dedicated to showcasing people, places and events.